1 - Angels, you are harpists and have a flair for arranging and performing contemporary music for harp duet. Tell me a little about this passion of yours for music and harps, when and how everything began.

Thank you so much! We started playing piano/keyboard when we were children.We began harp after we’d been playing piano/keyboard for about 6 years and immediately fell in love with the instrument. We decided to attend a Conservatory of Music for our University (college) majoring in harp performance. Although we are trained classically with degrees in harp performance, our true musical passion is playing rock, pop, metal, and contemporary music such as video game and movie scores. Since we can’t find harp duets of the type of music we like to play we arrange all of our own music.

2 - Where have you played by now and how has been the impact?

We have traveled all over the United States coast-to-coast and even outside the United States for harp performances. Every performance experience is unique. Whether we’re performing for a celebrity event in California, politicians and business people in the Capital, Charity Gala patrons in Toronto or Chicago, or University students in Ohio, we always enjoy creatively sharing our music. We love that every performance and every audience is different. Our job is never boring and we are blessed to have the opportunity to do what we love.

3 - In addition to musicians, you are actresses too. I guess that Hollywood already has an eye on your beauty and multiple talents, doesn't?

Harp is our first love, but we also love acting and that is something we hope to do more in the future. We have had a lot of fun working on different films,

4 - And is it true that you are third degree black belts in Tae Kwon Do?! And also can shoot very well with a rifle?! Have you, angels, ever faced the necessity of defending yourselves against an aggressor?

Yes, we are third degree black belts in Tae Kwon Do and Distinguished Experts in rifle marksmanship. Thankfully, we not needed to use to use our skills and training to physically defend ourselves in “real” life. However, we are prepared to do so if that is necessary!

5 - Do you ever heard about the Brazilian Jiu-Jitsu and MMA championships? Do you like that new sport that grows so fast? Is it sexy for guys and for girls?

Yes, we have heard of those martial art disciplines. We love that martial arts are becoming more popular. We also love that more girls and women are learning to defend themselves. That is definitely hot.

6 - There is a funny question that I always make here, it is a kind of tradition already: what is your feet, or shoes size? And height?

7 - Are your eyes blue or green? And about your hair, is it blonde or ginger? You look like British girls. Do you have any friends or family in the UK?

Our eyes are blue and our hair is blonde. We don’t know of any family in the UK and our only UK friends are online! Our heritage is made up of a multitude of nationalities; the largest portion being Norwegian. Some other nationalities mixed in are English, Scottish, French, German, Bohemian, and a little Cherokee Indian.

8 - I find your bellies very beautiful; the legs are also pretty well shaped; you are really beautiful from head to toes. But, even though, is there anything in your bodies that you don’t like much? And what do you like better?

Thank you! We believe it is most important to have a beautiful heart (spirit) and that is what we strive for. However, we think it is also important to be physically healthy and we enjoy working out and being healthy.

9 - Now, a deeper question. It is very interesting that you two speak, even in a talking, at least professionally, as if were a single personality in two bodies. Do you really feel yourselves, to some extent, this way: as a single person in two bodies?

We are different people, but we are also a “part” of each other. Since we are identical we began when a single egg divided. In some ways, we feel like we were born with our soul-mate. We would feel incomplete without the other. Life is good apart, but awesome together.

10 - You, girls, look exactly alike, work together, play the same instrument, practice the same sports and are at the same level in everything. Do you also have the same girl friends and boy friends, the same tastes; do you share telepathic thoughts; do you get sick together and are as close as we fantasize you should be?

We definitely have the same friends! We’re not telepathic, but we are very intuitive and our thought processes are so similar that it sometimes seems that we are telepathic. We are usually very healthy. However, if one of us does get sick, then there is a very good chance that the other will become sick after. We spend so much of our time together!

Being compared to angels is such an amazing compliment. We didn’t purposefully associate that image with our profession, but we are honored that people would say that. The only music video where we tried to look “angelic” (with wings and all) was our “Stairway to Heaven” video – we did so because we made the video as a dedication to “Little Angels,” a loving home for children and young adults with severe disabilities and complex medical needs.

12 - Now, let’s talk about politics. You, Camille and Kennerly, played in a dinner where president Obama was a guest and made one of their famous speeches. Do you consider yourselves liberals, democrats or more conservative people?

We have performed at events for both sides of the political spectrum. One of the wonderful things about music is that it can be a bridge that crosses religious beliefs, politics, countries and languages. There is already enough in the world that divides us as people. As harpists, we prefer to use our music to bring joy to as many people as possible.

13 - Is there a poetry that you love the most and could share here, at this blog of poems?

One of our favorite authors is J.R.R. Tolkien and we love his poem “Roads Go Ever On” Roads go ever ever on,

Over rock and under tree,

By caves where never sun has shone,

By streams that never find the sea;

Over snow by winter sown,

And through the merry flowers of June,

Over grass and over stone,

And under mountains in the moon.

Roads go ever ever on,

Under cloud and under star.

Yet feet that wandering have gone

Turn at last to home afar.

Eyes that fire and sword have seen,

And horror in the halls of stone

Look at last on meadows green,

And trees and hills they long have known.

Pursuing it with eager feet,

Pursuing it with weary feet,

And whither then? I cannot say.

Out from the door where it began.

Now far ahead the Road has gone.

Let them a journey new begin.

But I at last with weary feet

Will turn towards the lighted inn,

My evening-rest and sleep to meet.

Still 'round the corner there may wait

A new road or secret gate;

And though I oft have passed them by,

A day will come at last when I

Shall take the hidden paths that run

West of the Moon, East of the Sun.

14 - Would you like sending a final message for your new Brazilian fans?

We have received so much support from our Brazilian fans! Brazil is our second most popular country on Facebook (according to number of fans) and 5 of our top 20 cities on Facebook are in Brazil. We want to say a special THANK YOU to all of our fans for all the love, support, and wonderful feedback! You have inspired and encouraged us to keep doing what we love – to arrange and perform on our harps. We would also love to connect with readers on our Facebook (https://www.facebook.com/CamilleandKennerly) and Twitter (https://twitter.com/#!/CamilleKennerly). We have 31 music videos on our YouTube channel (http://www.youtube.com/CamilleandKennerly) and more coming soon! 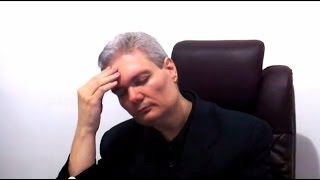 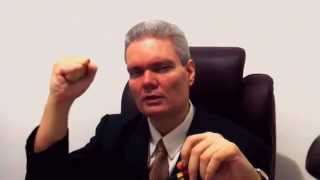 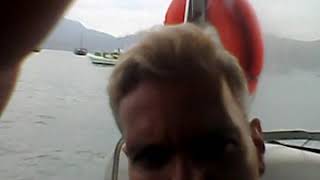 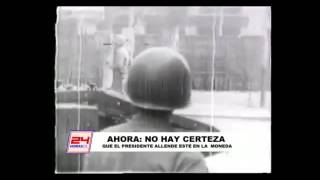